Saturday 7th March 2020: "Wines from the SWAS Cellar" with Jill & Bryan in Worthing.

Our first 2020 Tasting was well attended and much enjoyed.  Bryan gave members a golden opportunity to sample some of the Fine Wines that our Society has purchased and stored over the last few years. 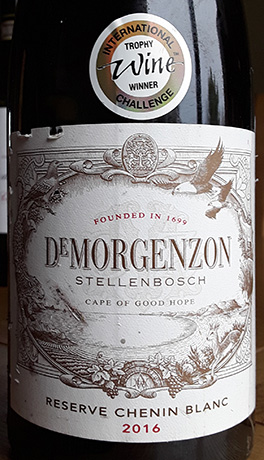 DeMorgenzon’s Chenin Blanc comes from low-yielding vines planted in 1972, which were originally planted as bush vines but recently lifted onto trellises. The vines are planted in decomposed granite soils, at altitudes of 250 to 300 meters above sea level. Close proximity to False Bay ensures cooling breezes in the warm summer months.

VINTAGE 2016 was a very early season with early flowering dates followed by rapid ripening in the early part of the summer. Weather conditions during the ripening period of the Chenin Blanc were very warm necessitating selective harvest and early picking of certain parcels in order to attain an overall juice quality with a higher natural acidity.

VINIFICATION AND MATURATION The grapes were picked in three different passes in order to achieve optimum ripeness and balance in the final wine. The grapes were handpicked in the early morning hours, with bunch selection done in the vineyard. Fruit was cooled down and then gently pressed, whole bunch, and the juice was settled overnight without the use of settling enzymes. Fermentation occurred naturally in French oak barrels (25% new), using indigenous yeasts, with about 30% of the volume completing malolactic fermentation. The wine was aged on its lees in barrel for 11 months, without any topping or batonage. 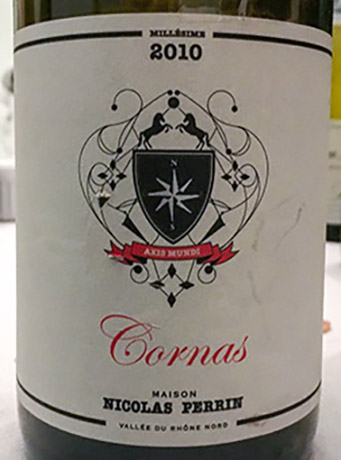 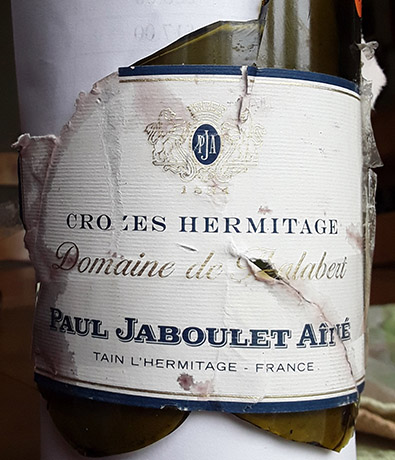 Crozes Hermitage is the largest of the Northern Rhône appellations. The Thalabert is made from grapes grown on vineyards with pebbly soil. The stones store heat in the day to release at night which helps mature the grapes better.

Red berry fruits with meaty undertones on the nose, leading into a robust palate with elegant tannins and concentrated red fruit notes. The finish is slightly spicy with hints of pepper. 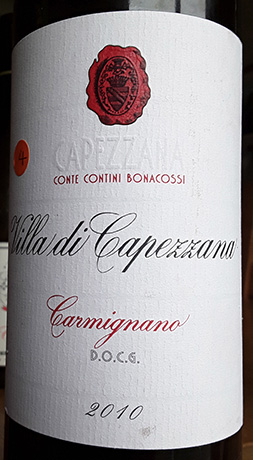 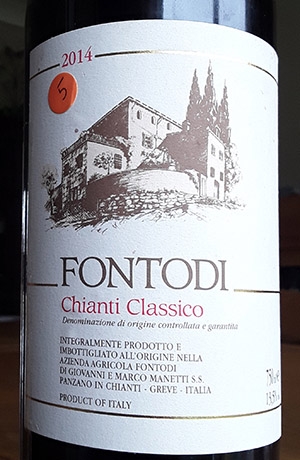 Fontodi is located in Panzano and in area called the "Conca d’Oro" (the golden shell) because of its amphitheater shape which the winery overlooks. A genuine and characteristic terroir, famous for centuries and one of the highest regarded growing sites in all of Chianti. It has a unique combination of high altitude, calcareous clay/schist soil, lots of light, and a climate that is warm and dry with a marked difference in day and night-time temperatures. ll Fontodi wines are produced from estate vineyards, picked by hand, chosen with care and vinified in a way that exalts the character of the vines and the territory.

Aglianico del Vulture is a DOCG designation for a tannic, full bodied red wine from the Basilicata region of southern Italy. As the name lays out, it is made from Aglianico grapes grown around Monte Vulture. The latter is an extinct volcano which dominates the skyline and landscape of northern Basilicata. One of the greatest southern Italian wines, it has been dubbed the 'Barolo of the South', a nickname it shares with Taurasi in Campania.

The name Aglianico del Vulture was created as an official DOC title in May 1971. This makes it an early entry in the history of Italy's wine classification system. For 32 years, it remained Basilicata's only DOC wine, until it was joined by Terre dell'Alta Val d'Agri in 2003. In August 2010, the wine's superiore variant was promoted to full DOCG status, as Aglianico del Vulture Superiore.

To qualify for this DOC title, wines must be made exclusively from Aglianico. This variety's thick skins and naturally high acidity levels make it ideal for the region's hot Mediterranean climate. Aglianico wine grapes ripen very late in the season. They need a long, warm, dry summer to develop full phenolic complexity and to ripen their prolific tannins.

In cooler years, the Aglianico del Vulture harvest lasts right up until the first week of November. This is more than two months after the first Primitivo is collected in neighboring Puglia. This extended growing season (coupled with the grape variety's particular balance of acids, sugars and tannins) makes the wines full in body, deep in color and rich in flavor.

Monte Vulture, with its rich, dark, free-draining, volcanic soils, is one of the only places in southern Italy that can produce such rich, concentrated wines from Aglianico. Taurasi is the obvious other, and perhaps Taburno. The increased altitude here gives a slightly cooler climate than the lower lying areas below, which prevents the grapes' sugar levels from rising too quickly. And while the area is cooler, it is no less sunny; the vineyards enjoy more sunshine hours than almost any in the world.

Thus, the best sites are considered to be those located between 300 and 500 meters (1000ft – 1650ft), on southeast facing slopes which enjoy full morning sunshine. Those which face south or southwest are exposed to extremes of heat in the afternoon.

Altitude is considered such an important factor in the Aglianico del Vulture wine style that the DOC laws stipulate a vineyard altitude range between 200m and 700m. Sites above or below these limits qualify for less prestigious appellations.

The typical Aglianico del Vulture wine is rich and powerful. It typically requires a few years of cellaring before revealing its most appealing qualities. The best structured, most balanced examples improve for more than a decade in the bottle.

When young, the wines are noted for their high tannins and acidity and dark-fruit concentration. As they mature, they take on nuances of earth, tar, spice, black cherry and dark chocolate. With time they emerge as complex and refined reds showing balance and depth.

Basic Aglianico del Vulture wines must be aged for at least a year before commercial release. Riserva wines require an extra 12 months. An increasing number spend some portion of this time in oak barrels for added complexity.

Dead Arm is a vine disease caused by the fungus Eutypa Lata that randomly affects vineyards all over the world. Often vines affected are severely pruned or replanted. One half, or an ‘arm’ of the vine is slowly reduced to dead wood. That side may be lifeless and brittle, but the grapes on the other side, while low yielding, display amazing intensity.

Due to drought conditions not seen for decades, 2007 was the earliest start to vintage in McLaren Vale. Overall winter rainfalls were a third of what is considered normal. The dry conditions and cold spring temperatures leading up to the growing season affected the vines fruiting and canopy development, with very short shoot length. This resulted in reduced bunch and berry size and ensured high tannins. Just as vintage was to commence McLaren Vale experienced 50mm of rain, which caused some problems with fruit splitting but essentially saved the vintage. The rain provided enough ground moisture in the final stages for the fruit to ripen in a stress free state. This resulted in grapes having concentrated flavours at lower levels of beaume ripeness with excellent levels of acidity. Yields were down approximately fifty percent for most of the premium dry grown vineyards that contribute to The Dead Arm Shiraz . This reduced yield is a contributing factor to the concentration of flavours and great tannin structure seen in 2007. Both factors that will aid in the longevity of this great Shiraz.

In youth The Dead Arm is restrained. It will start to show more fruit after five years in the bottle with secondary aged characters starting to develop after that. As an older wine leather, tobacco, mushroom and earth aromas have a presence alongside chocolate and spice characters. With such great balance this wine is expected to age for up to 20 years if cellared in the right conditions.

Walking the vineyard rows and tasting grapes, Chester Osborn classifies and determines the ideal picking time for each individual vineyard. Small batches are crushed in the Demoisy open-mouthed, rubber toothed crusher and then transferred to five-tonne headed-down open fermenters. These batches remain separate until final blending. Foot treading is undertaken two thirds of the way through fermentation. When tannin extraction is just right the wine is basket pressed and transferred to a mixture of new and used French and old American oak barriques to complete primary and secondary fermentation. The barrel ferments are aged on lees to keep the wine fresh while also reducing the oak influence. There is no racking until final blending. Chester and the winemaking team undertake an extensive barrel tasting process to determine the final blend. The Dead Arm Shiraz does not undertake fining or filtration prior to bottling.

The nose is very aromatic, floral and youthful. There is a fascinating amount of intensity that draws you back. The lavender floral notes along with plum and blackberries are the most pronounced while the enigmatic beauty of this wine lies in the next layer of extremely alluring pepper, cinnamon, nutmeg and hint of five spice. The opulent palate is rich and dense with staggering concentration. Crushed ants, rhubarb, and deep earth add to the complexity. The chewy tannins are abundant and balanced by the fruit power. Building through the palate the tannins provide for a long, vibrant, savoury and spicy finish. The Dead Arm Shiraz 2007 manages to balance focus and complexity superbly . The structure is muscular and the fruit powerful, yet it maintains a pretty elegance which is allowed to flourish with deft use of oak.

A Magnum of Azpilicueta Reserva Rioja 2014 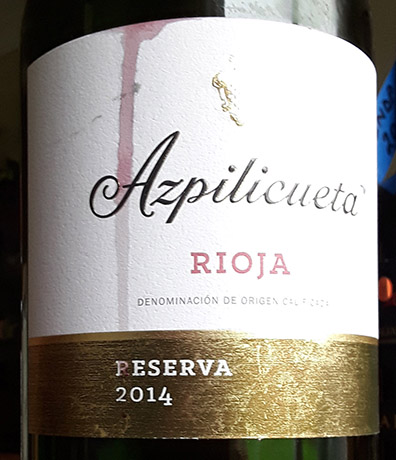 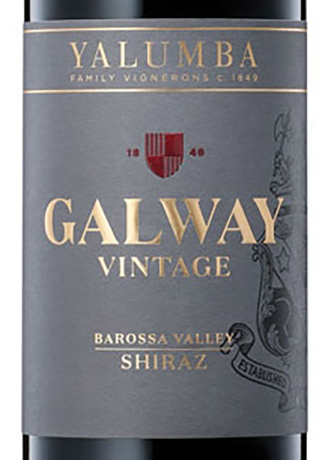