Saturday 7th September 2019: "20 Years in the Geddes Cellar" with Bill & Janis in Worthing

A very full house for an evening spent dipping into the legendary Geddes Cellar.  14 of us really enjoyed the wines and the evening and Bill's hosting could not have been better.  It was so good that Bill & Janis's friends Billy & Tina and Jackie & Ted were able to be with us - we don't see them enough...! The grapes are manually sorted before crushing and destemming. The grapes are fermented on the skin for several days, followed by ageing on the lees in French oak and acacia barrels for 30 months. The wine is a straw yellow colour. The nose is floral and fruity, with spicy aromas. On the palate, this wine is dry with balancing acidity and a rich body. Acacia flowers and acacia honey flavours are complemented by clean minerality.

The wine is then made using the traditional method, i.e. it ferments once in small stainless steel and concrete vats before its second fermentation in the bottle. This natural brut then ages on slats for at least 3 years. In 1958, Alain Voge joined his father working the small family farm and decided abandon polyculture and devote the entire land to the growing of vines. The northern Rhône appellation Cornas owes much to this winemaker who has contributed greatly to putting this unknown appellation on the map. Today, the family has vines in several appellations: Cornas (6.5 ha), Saint-Péray (4ha), Saint-Joseph and Côtes-du-Rhône. His Syrahs are world renowned, as are his whites and sparklings from Saint-Péray.

The ex-technical director of Chapoutier, Albéric Mazoyer has been working with the domain since 2004 and the wines are going from strength to strength. The domain has held biodynamic certification since 2013 and the wines drink beautifully both in youth and old age. Western Istrian wine region, Buje area. Vineyard is located near the Istrian village of Krasica. It produces extraordinary grapes in small yields. Th is 100% Istrian Malvasia is skin-fermented for several days, following which it is aged on fine lees in French oak and acacia barrels for 30 months. The wine has extraordinary power and unusual freshness, reminiscent of Malvasias produced in ancient Mediterranean style with a lot of tertiary aromas. It is produced only in exceptional vintages. Alba Antiqua is primarily aimed at gastronomy, to be paired with intensive dishes. It can also be served as a meditation wine. Exceptional Istrian wine reminiscent of ancient Mediterranean style of winemaking.

Château Musar 1999; Bekaa Valley, Lebanon;  Cabernet Sauvignon/Carignan/Cinsault grapes; 14% abv; Bought from the Wine Society for £16, now worth up to £45 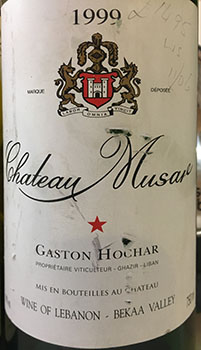 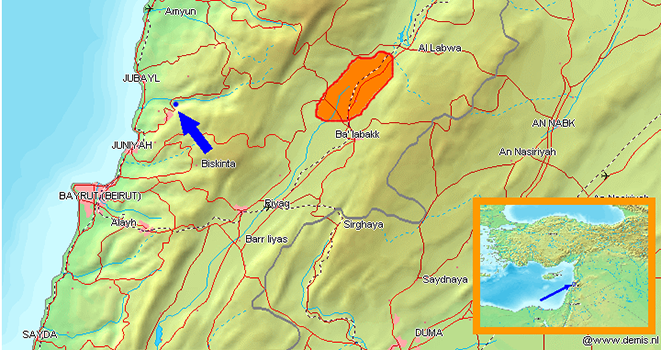 Musar has assumed legendary status. Complex, long-lived and endlessly varied, in some vintages it seems more like a Burgundy, in others a Bordeaux, in still others a Hermitage. But it is always brilliantly, uniquely, Lebanese. Enticingly aromatic; complex flavours of baked fruits and spices; full-bodied and distinctively tangy. Cabernet Sauvignon, Carignan and Cinsault from Bekaa Valley vines with an average age of 40 years. Seven years in the making, with a complex process of ageing and blending making each vintage unique. Ages magnificently but good vintages are usually best at 10-20 years old. Drink with well-hung game or, for something different, goats' cheese. 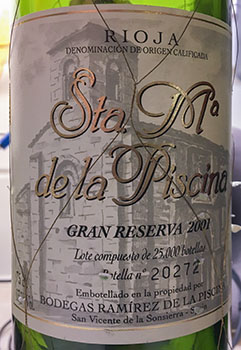 The same can be said for the 2001 Ramirez de la Piscina Gran Reserva from another great year. It was aged for 1 year in tank followed by 2 years in barrel. Dark ruby-coloured, it proffers a compelling perfume of Asian spices, violets, incense, and secondary fruit aromas from the extended bottle aging. Silky-textured, elegant, and filled with finesse, it still has enough concentration and structure to improve for another 1-2 years. In the scheme of things, it, too, is a terrific value. There is a completeness that is evident in 2005 Clarets, and this is what immediately strikes with 2005 Cantemerle. It has bags of fruit, tannin and acidity, all tied up in an impeccably-balanced, polished package. Sweet cassis fruit is accompanied by a spicy edge and a long, fresh lift. This is very pretty now but ideally wants another five years to really get going, and will easily keep for another five after that. 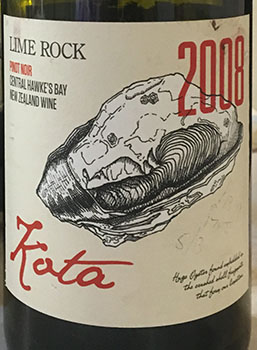 Rosie Butler and Roger Tynan produced their first vintage in 2004.  LIME ROCK is a stunning vineyard situated on limestone hills in sunny Central Hawke’s Bay, New Zealand specialising in Pinot Noir, Sauvignon Blanc, Pinot Gris, Merlot and Grüner Veltliner. Elegance, balance and length are a feature of their wines. The limestone contributing to the sought-after mineral characters. Their ecological philosophy (vit-ecology), combined with over 30 years of wine industry experience, provides a solid basis for producing wines that express the flavour of the land.

"Who said they couldn't make pinot noir in Hawke's Bay? This one is in the hills, a few minutes from Waipawa. An abundant and youthful wine, it's one of two made by Rosie Butler and it's full of surprises and flavour. Worth making acquaintance with both."  Wines of Australia 2010 Wine Awards Moulina-à-Vent Clos du Grand Carquelin is a single vineyard Beaujolais made by Domaine Louis Jadot at their Chateau des Jacques property. Louis Jadot bought Château des Jacques in 1996. It is situated in Moulin-à-Vent, between Fleurie and Chenas, and has a 27 ha vineyards of ‘Moulin-à-Vent’. The 5 ‘Clos’ cover an average of 19.5 hectares. The Moulin-à-Vent wine is now referred to as the “King of Beaujolais”, and is considered to be the most Burgundian Cru of Beaujolais. Geological origin and soil composition are quite different from the Côte d’Or and is much more suitable for Gamay grapes rather than Pinot Noir. The soils of the “Clos du Grand Carquelin” vineyard are quite light, made up of sand and a little bit of clay, lying on a bedrock high in manganese. This helps give the wine its deep colour. The vineyard covers 5 hectares and, of course, is 100% Gamay. All picking at Château des Jacques is done by hand. The grapes are left on the vine to ripen for as long as possible and after harvest they are sorted by hand. The wine is vinified in closed vats with pumping over, and then aged in oak barrels for 12 months. One part of the grapes are de-stemmed. If you have only ever tried village wines from Beaujolais, I think you would be surprised by the quality of Jadot’s single vineyard wines. Here is Parker’s review: “Similarly styled, but even more primary and unctuously textured, the 2010 Côtes du Rhône-Villages Cairanne Haut Coustias boasts fabulous fruit density, a deep purple color, a full-bodied mouthfeel and a long finish. This sensational effort should drink well for a decade. Probably the reference point for high quality Cairanne, this excellent estate has received many fine reviews from me in the past.” 91-93 points. One of the domain’s great cuvées, produced from sixty-year-old vines. You will enjoy its silkiness, opulence and persistence. Perfect with red meat in sauce.

This cuvée is made from 60 year-old vines and is one of the great cuvées of the Alquier estate. Its colour is dark, with a nose that gives way to notes of ripe fruit (blackcurrant and blackberry) and spices. Supple and luxurious on the palate with a lengthy finish, this wine can be kept for around ten years. Both viticulture and vinifications were natural, with minimal intervention. The 20-day vatting period took place at 30°C with punching down. The wine was raised in barrels for 16 to 18 months. Jean Michel Alquier oversees this estate nested in the heart of the Faugères appellation. Jean-Michel Alquier has continued the family tradition passed down to him from his father and grandfather, producing wines which combine finesse, complexity, and expression of terroir. The vineyard encompasses 12 hectares, 11 of which are devoted to producing red wines, where the schistic soil of the hillside slopes are mainly given over to Syrah and Grenache Noir. The Ron Thorn Shiraz is the pinnacle expression of our Barossa tradition, sourced from our St Kitts Vineyard in the far North of the Barossa. Of the more than 40 separate batches of Shiraz that were made in 2016, the Ron Thorn stands proudly at the top.

This single vineyard wine comes from our very low yielding St Kitts Block 7. Planted on undulating slopes, this mesoclimate shows warm daytime temperatures along with very cool nights. In some instances the variations between day and night exceed 30 degrees Celsius. This climate allows for rich ripe flavour expressions with spice and perfume prominent.

Rich, inky purple colour. Aromas of black cherry and liquorice supported by rich vanillin & mocha notes from the American Oak. The palate highlights the intensity of the varietal characters, showing plum and spice, with cocoa, smokey bacon and coffee bean notes below. Dense fruit tannins fill out the palate and lead to a long, complex finish. This is a wine which will comfortably cellar for years to come.

Vinification Notes:   Parcels of fruit for this wine were identified by the winemakers. Daily fruit inspection led to the fruit being harvested at optimum flavour ripeness. The fruit was harvested at night and quickly transported to the winery. The fruit was de-stemmed to 6T open fermenters for fermentation. A Shiraz specific yeast was selected to ferment the wine and fermentation was carried out at a maximum of 28°C. The fermenter was manually pumped over twice daily in the first half of fermentation to give the winemakers control of colour, flavour and tannin extraction. Pump over regimes were adjusted toward the end of fermentation to suit the tannin and flavour extraction of the wine. The cap was completely broken up on each pump over. The wine remained in fermenters for 6-8 days (dependent on parcel) before being pressed, inoculated with malolatic bacteria and filled to American oak (100% new barrels). The wine was racked post malolactic fermentation and returned to the same barrels. The wine was topped every month and after six months racked and returned to the same barrels again. Prior to bottling the parcels were emptied from oak and blended. Minimal fining and filtration was carried out prior to bottling.

Vintage Notes:   A warm dry spring led to into similarly dry conditions in December and January. The warm weather brought harvest on in the first week of February. A couple of good rain events led to milder conditions and a long even ripening period and excellent flavour development. The wine from 2016 show typical Barossa warmth and generosity and will age well.

For Supper, Bill served a Tomato & Cheese Galette accompanied by Cold Meats & Cheese, followed by Raspberry & Port Trifles (all sourced from the Geddes Allotment [apart from the port...!]) 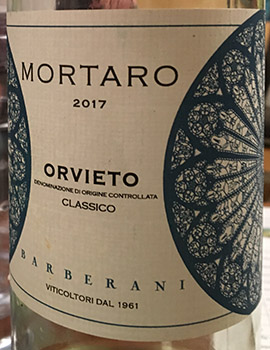 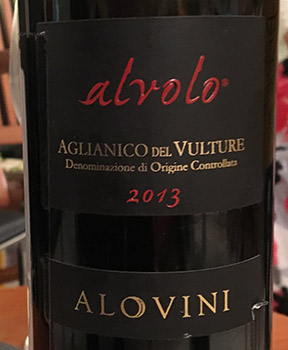 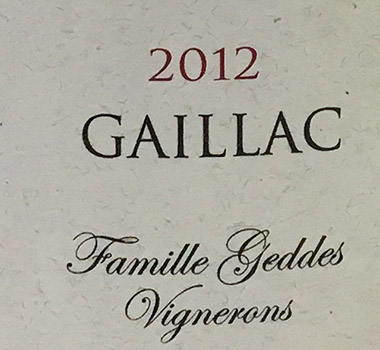 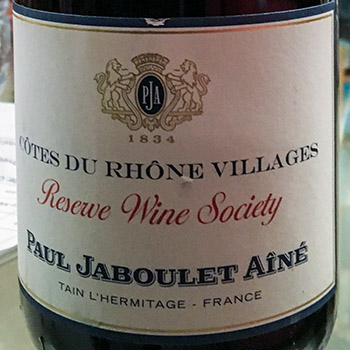 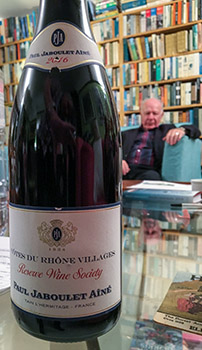